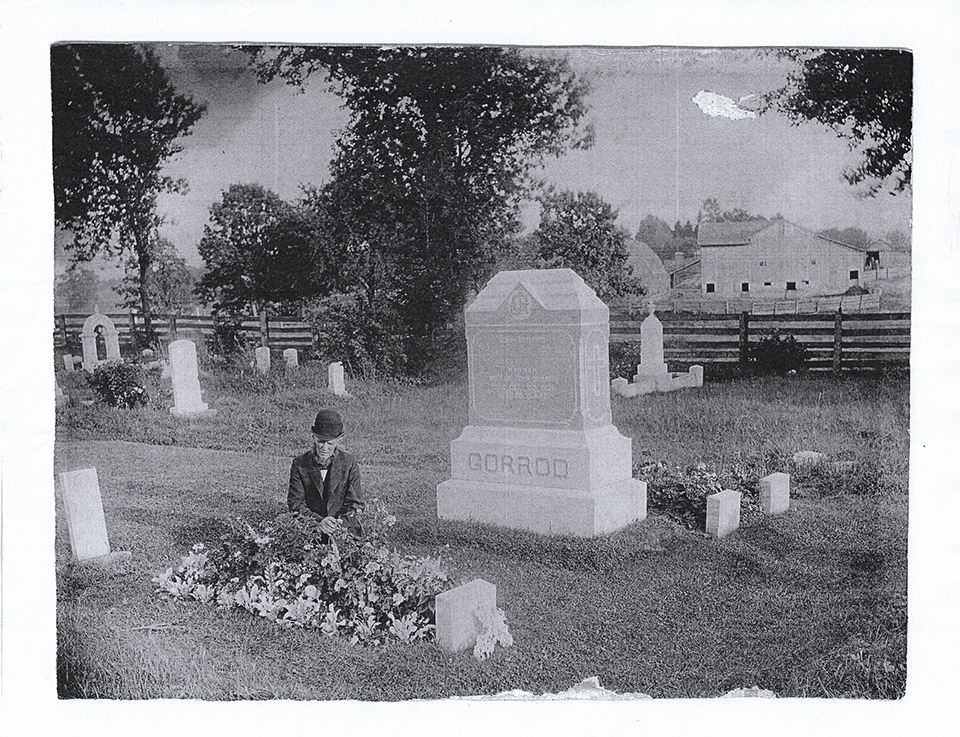 John Gorrod (1841-1917) mourning at the grave of his wife, Hannah Gorrod (1821-1891). The Gorrod monument can still be seen at the cemetery. Edward Hospital is now located where you see the barn. 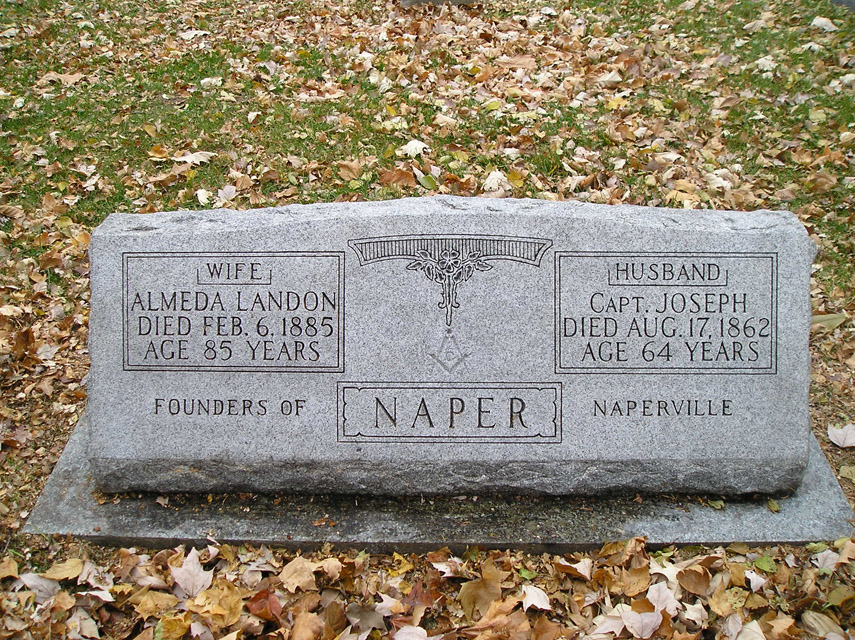 Captain Joseph Naper, founder of Naperville, and his wife Almeda. 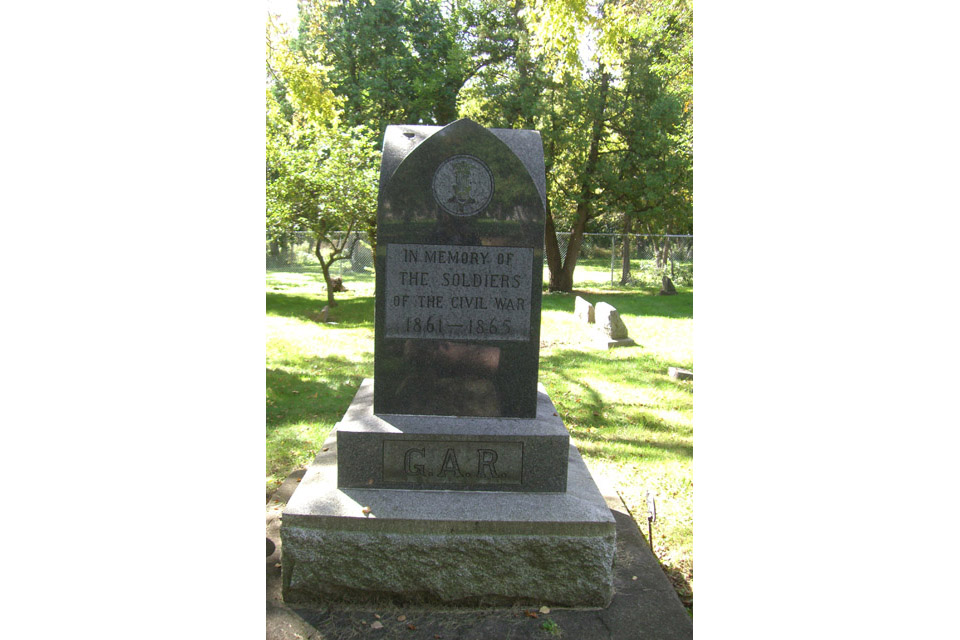 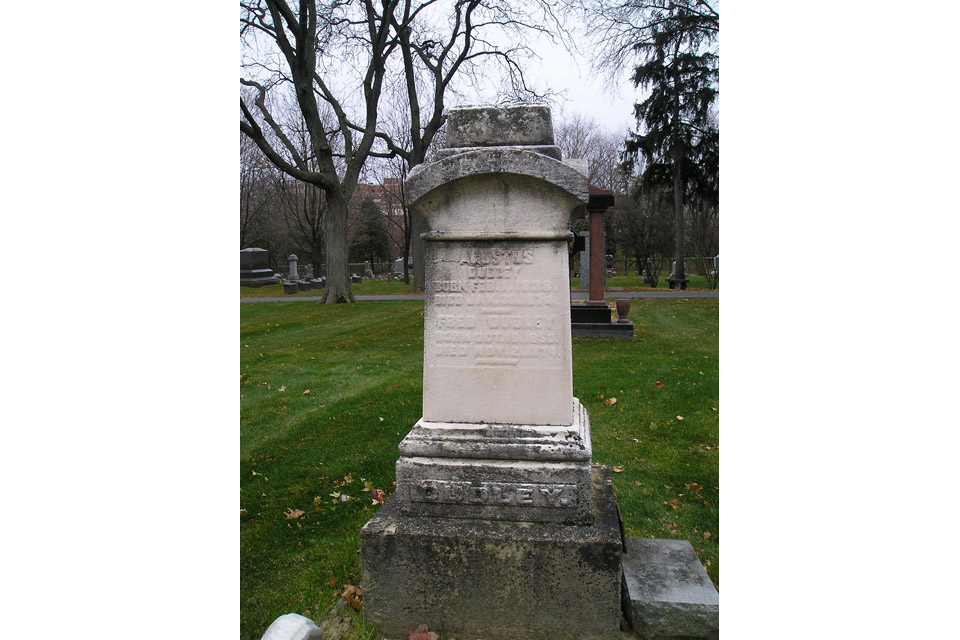 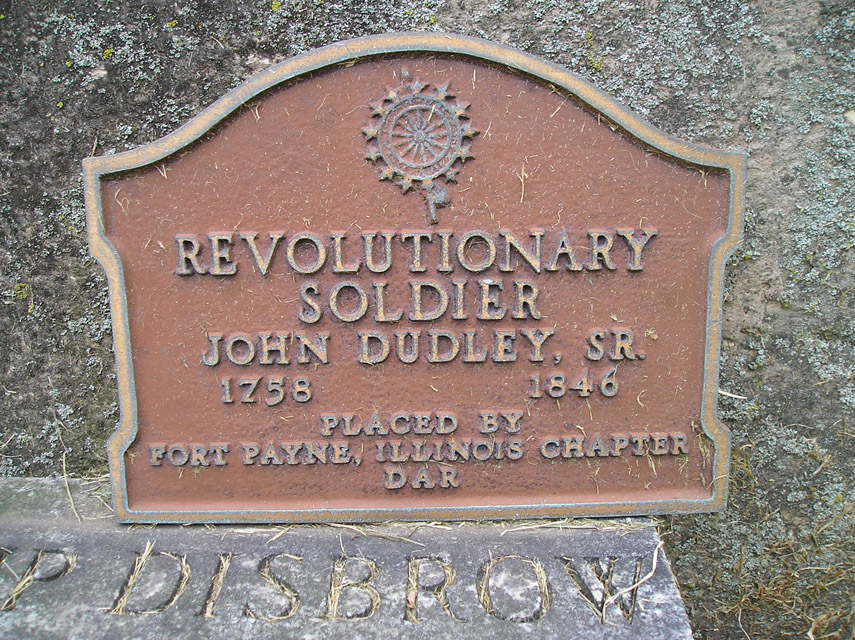 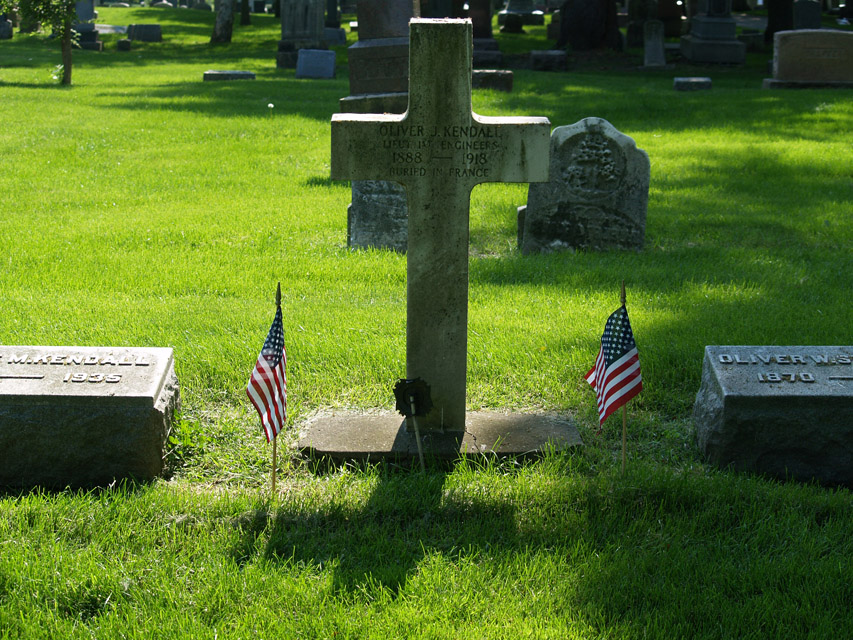 Lt. Oliver J. Judd Kendall WWI died in 1918 and is buried in France. The sandstone cross was dedicated in his honor. 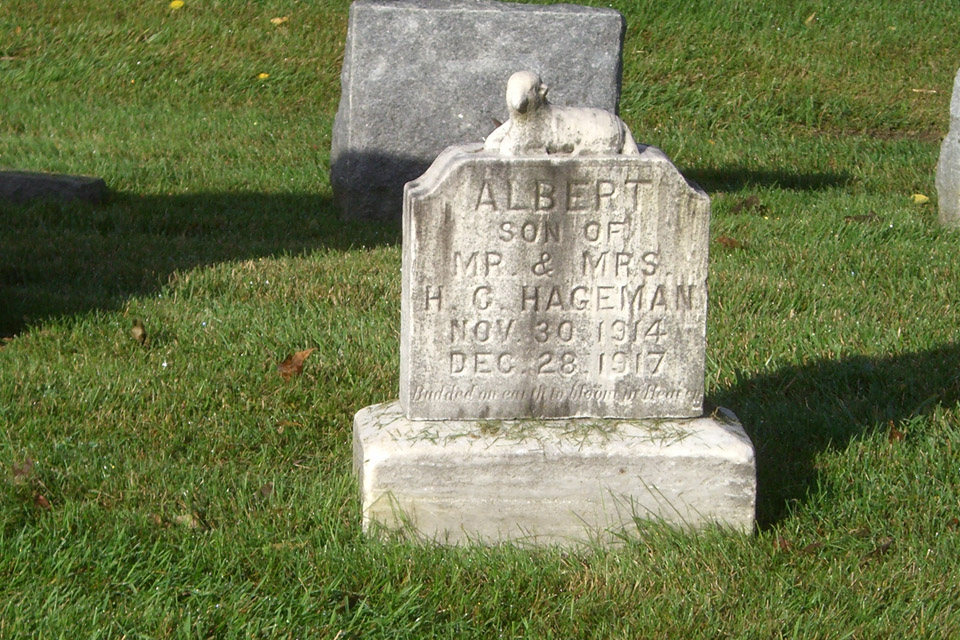 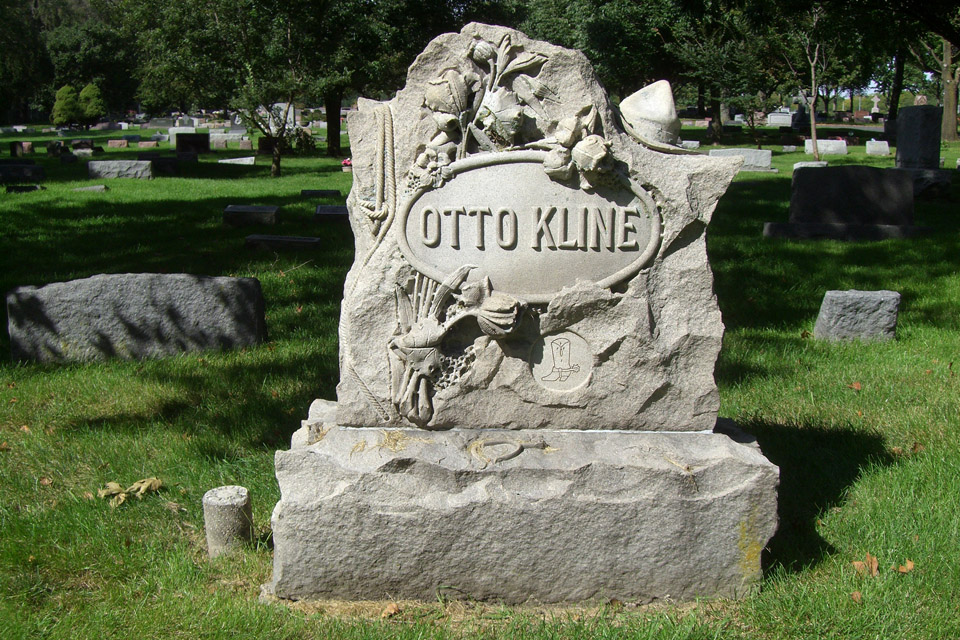 Otto Kline was Naperville's champion rodeo cowboy who died during a performance in 1915. 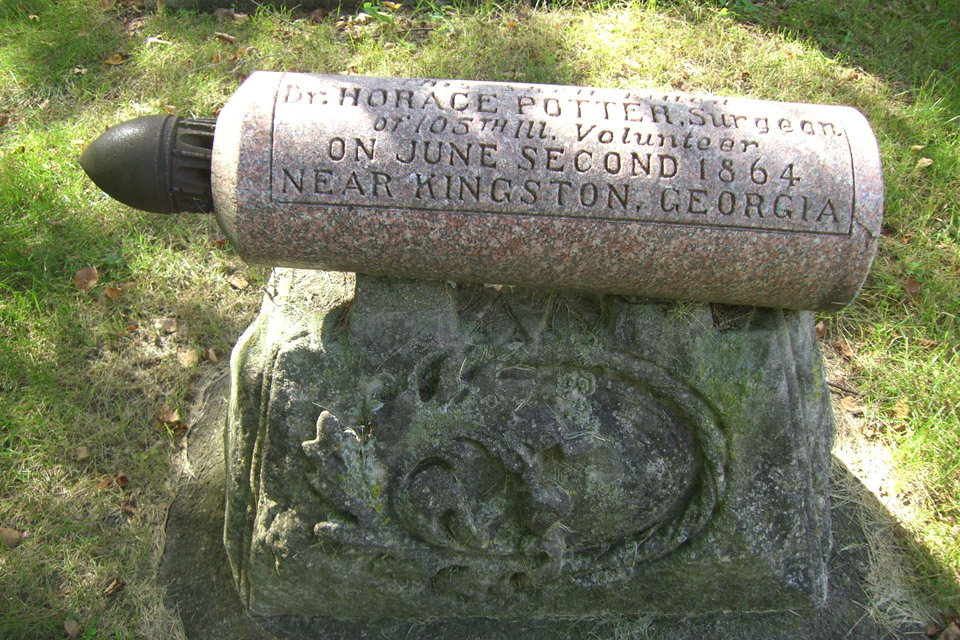 The artillery shell that killed Dr. Horace Potter during the Civil War is embedded in his tombstone. 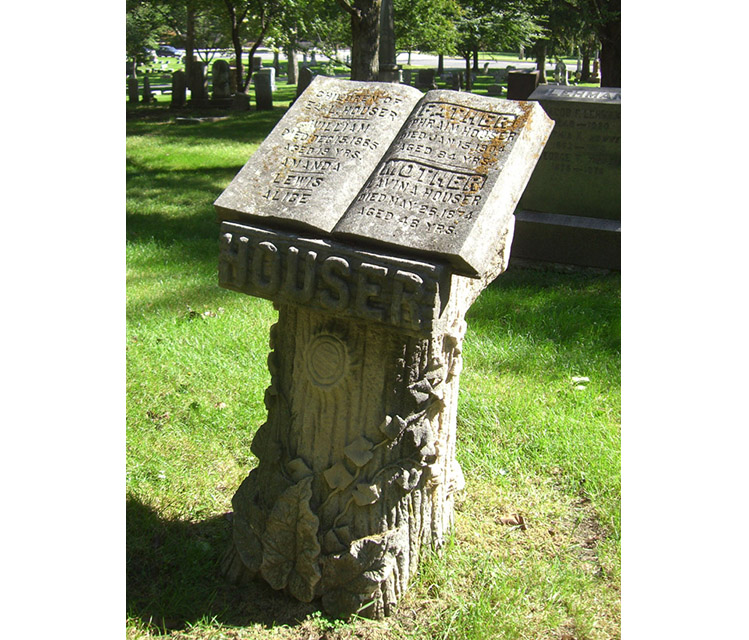 Unusual and ornate tombstones can be found throughout the cemetery.

This unique design dates back to the
mid-1800's. 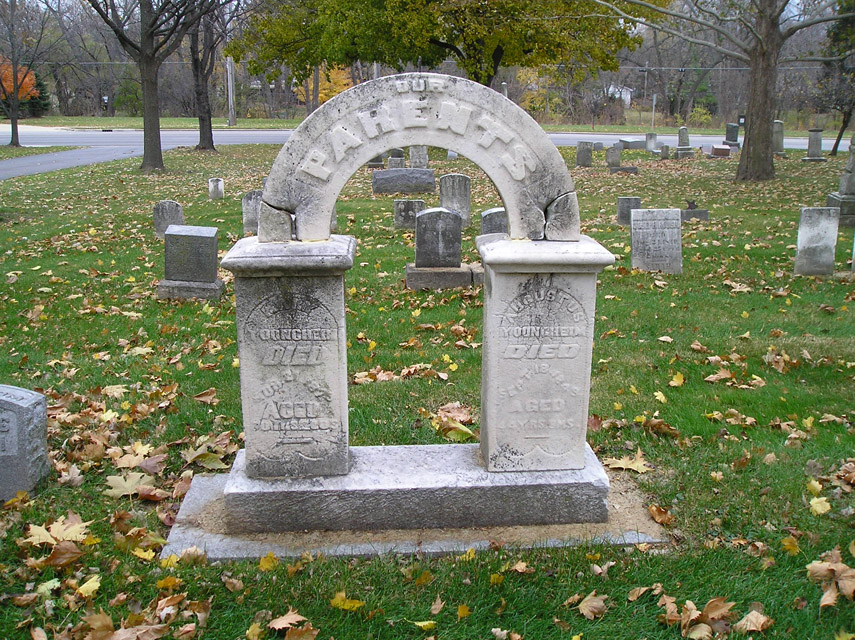 The artistry and skills used to make some of the tombstones are incredible. 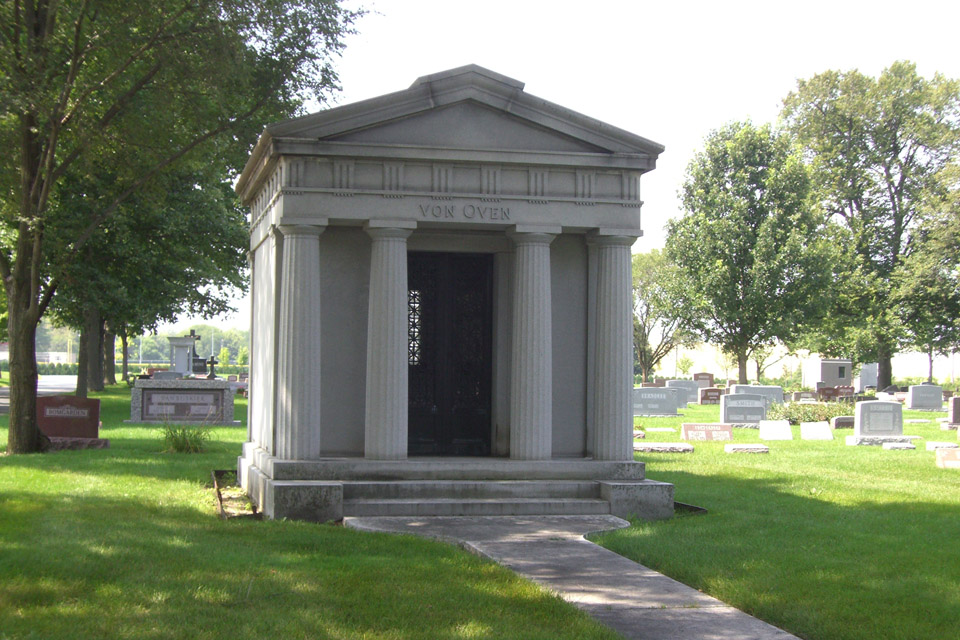 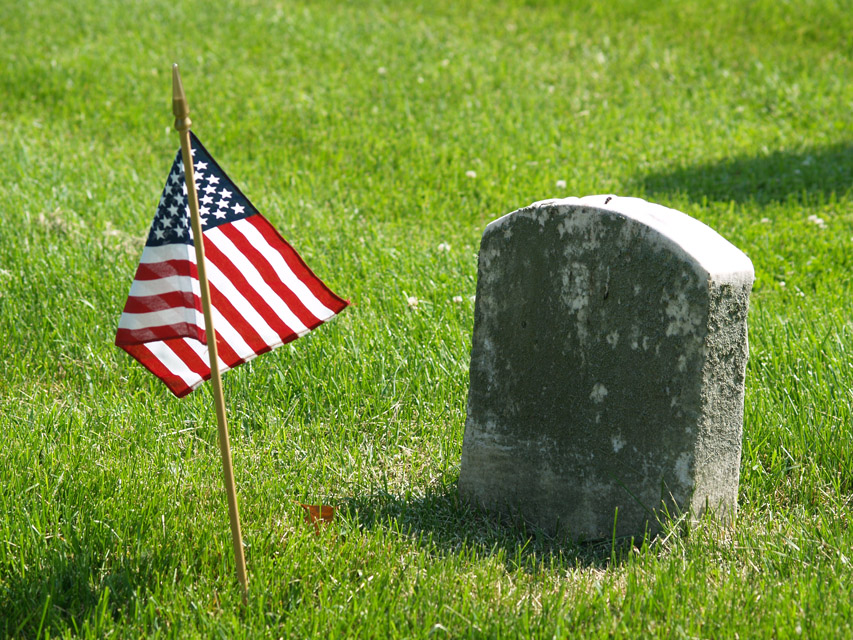 They died for our country.